The initial directive had been defended by government representatives as required if school-going girls were to protect themselves against “unethical incidents” — harassment.

Earlier on Monday morning, the district education officer (DEO) for females, Peshawar, had issued a circular addressed to the heads of all government girls schools, directing them to “properly follow school timings and instruct all students to wear the gown/chador to veil/conceal/cover up themselves in order to protect them from any unethical incident. The matter may be treated as most urgent important and important,” read the circular.

The move came just days after the district education department in Haripur issued a similar circular.ARTICLE CONTINUES AFTER AD

Sources told Dawn that KP Chief Minister Mahmood Khan directed the secretary of elementary and secondary education, Arshid Khan, to withdraw the controversial order as it had been issued unnecessarily.

“The orders issued by different DEOs will be withdrawn early Tuesday morning,” secretary Arshid Khan told this newspaper, quoting the chief minister as having said that the law and order situation in the province was normal and there was no need or urgency for such orders. The secretary said that the DEOs had not taken the chief minister and the department into confidence over the matter.

The move had invited widespread outrage on social media (though some users did support it); in a tweet, anchorperson Amber Rahim Shamsi commented that this amounted to putting the onus of harassment on the victims. “As if women who wear the hijab and abaya don’t get harassed. Well done KP. Well done,” she wrote.

Earlier on Monday, the adviser to the chief minister on elementary and secondary education, Ziaullah Bangash, had defended the orders, telling Dawn that during a recent door-to-door enrolment campaign, parents had expressed concerns about the harassment and security of female students. He had explained that wherever harassment cases had been reported, police guards have been deployed during schools’ closing hour. He had added that the government had also decided to ensure that female students veiled themselves.

Sources told Dawn that the adviser had directed all women’s district education officers to issue the directives. However, these sources questioned the wisdom behind the move, given that students already cover themselves properly, often with a gown, chador or veil.

“It was neither necessary nor was there logic behind it; rather, it was just for media consumption,” the source said. He said that no consultation had taken place with any official in the provincial education department, and argued that girls already cover themselves as per cultural percepts and it was unjust to impose restrictions on them.

Another source also questioned the move on the grounds that instead of going after males who harass, the government was imposing further restrictions on females.

When contacted, District Education Officer (Female) Samina Ghani had told Dawn that most schoolgirls were already using different types of veil when going to school. “This decision will encourage parents to send their daughters to schools, she had said.

Similarly, Mr Bangash had explained the decision as being “in accordance to the religion, culture and will of parents,” although, according to him, some NGOs portray the veil negatively ‘for their personal interest’. 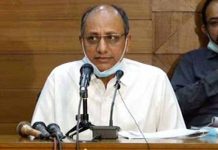 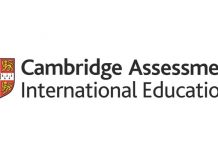