KARACHI: Low savings rate is one of the main reasons for low domestic investments in the country, said State Bank of Pakistan (SBP) Governor Dr Baqir Reza, while speaking at the Institute of Business Administration on Monday.

The governor shared the status of economy and elaborated on the actions taken by the SBP to improve the situation. He said the public sector should be model to promote savings in the private sector.

He also emphasised on the need to improve savings to increase domestic investments while adding that both, foreign and domestic investors are so far not taking interest in the economy.

He said that the country has been facing serious challenge of twin deficits; current account and fiscal. However, he also pointed the improvement current account deficit, which has fallen significantly from $2 billion per month — highest ever in the country’s history.

The governor talked in detail over the issue of inflation and interest rate. He said the SBP’s policy rate is a tool to control inflation and future decision on the rate will be taken after considering inflation.

He also made it clear that there is no agreement with the International Monetary Fund over exchange rate management while adding that the exchange rate would be market based.

The governor said the exchange rate stability is required to attract foreign investment.

He highlighted several measures taken by the SBP to bring stability in the exchange rate while adding that the dollar rates in inter-bank and open market are almost same — with slight difference — which is a sign of stability. 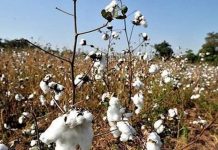