KABUL: The wife of a 73-year-old Japanese physician killed earlier this week in a roadside shooting in eastern Afghanistan wept softly as she stood by her husband’s coffin in a Kabul hospital on Friday.

The wife, identified in Japanese media as Naoko Nakamura, arrived in the capital earlier on Friday with her daughter and three of Dr Tetsu Nakamura’s colleagues, including a childhood friend. They will take his body home to the city of Fukuoka on Saturday.

The killing of Nakamura, known as Uncle Murad to the villagers whose lives he helped change for the better, has shocked many Afghans across the country. Nakamura was gunned down along with five Afghans on Wednesday as they traveled to the Nangarhar provincial capital of Jalalabad. The gunmen fled the scene and police say their investigation is still looking for those behind the attack.

The Taliban have denied any connection to the slaying.

A Japanese flag was placed nearby Nakamura’s coffin, which was draped in a white cloth and covered with yellow flowers. Uniformed Afghan soldiers stood nearby as the family, accompanied by Japan’s ambassador to Afghanistan Mitsuji Suzuka, paid their final respects.

The Afghan government is expected to hold a memorial service on Saturday to honor Nakamura’s service to Afghanistan. 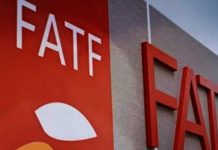 Over 25,000 dengue cases reported this year