Naimal Khawar tops the list in the people category and Avengers Endgame is number one for movie searches on Google.Dawn.comUpdated 2 days ago

Google released on Wednesday a list of the most popular trends in Pakistan during 2019.

The search engine singled out search terms that had the highest rate of interest by internet users across the country.

This year — like last year — cricket continued to reign supreme in the list. In fact, the top 10 searches were only cricket-related. It was, afterall, a Cricket World Cup year.

The following are Google’s top trends for 2019 in the Searches, People, and Movies & TV categories:

The top most searched item was the crucial Pakistan vs South Africa 2019 World Cup fixture, which both had needed to clinch to have any semblance of hope to advance on to the semi-finals. Pakistan made an emphatic comeback that day and sent South Africa crashing out of the tournament.

Naimal Khawar topped the list for the person most googled by Pakistanis in 2019. The actress married actor Hamza Ali Abbasi this year.

Movie aficionados had a field day searching for Avengers: Endgame, according to Google. The Marvel Comics superhero team come together to undo the damage done by Thanos, an intergalactic warlord, who had disintegrated half of the universe. The movie beat all box office records to become the highest grossing film of all time, with an estimated $2.79 billion worldwide. 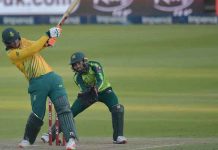 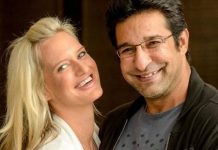 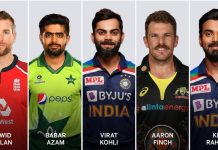