LAYYAH / MUZAFFARGARH: Prime Minister Imran Khan on Friday launched the ‘Ehsaas Aamdan’ programme by distributing assets such as agricultural equipment, retail shop inputs and livestock worth Rs60,000 among 10 beneficiaries selected on the basis of poverty cards here at the sports complex.

While addressing a simple ceremony, the prime minister announced that Pakistan was on the brink of default when the PTI government took over but the country had finally come out of the economic crisis as the current account deficit had been minimised and the rupee value was sound in the market. He added that he was also keeping a check on the price hike.

He said his government was trying hard to make Pakistan a welfare state as no country could develop if the rich became richer and the poor turned poorer. Citing the example of China where 700 million people living below the poverty line had been uplifted, he said the Ehsaas Aamdan programme would create opportunities for the poorest of the poor to earn and increase their income in a respectable manner.

PM Khan announced that the government was going to make history by providing interest-free loans to 80,000 people every month and scholarships to 50,000 deserving students every year.ARTICLE CONTINUES AFTER AD

He said 600,000 more families would get health cards in Punjab while 500,000 health insurance cards had already been distributed among deserving people who were entitled to Rs720,000 medical care. He said the government was also encouraging the private sector to establish new hospitals by facilitating import of duty-free hospital equipment.

About education reforms, PM Khan said it was a mammoth task to bring uniformity in school syllabus so that every student could get state-of-the-art education. He warned that the teachers frequently found absent from schools would be fired.

Earlier, the PM was received by Punjab Chief Minister Usman Buzdar along with member of the national and provincial assemblies and senior officials of the area.

On the occasion, the chief minister said that Punjab would also launch Ehsaas programme with Rs12 billion. Sixty per cent beneficiaries of the programme would comprise women, he added.

According to Ehsaas programme chairperson Dr Sania Nishter, Layyah was among 23 districts selected where over 200,000 families would be provided assets of worth Rs60,000 each under the Aamdan programme. She said the beneficiaries, including 60pc women and 30pc youngsters, would be provided livestock, loader-rickshaw, cotton hailing machines and luggage for their shops. She said Ehsaas had started registration in 15 districts so that people in different categories and from different areas could benefit from the programme.

Earlier during his brief visit to Muzaffargarh, PM Khan inaugurated Recep Tayyip Erdogan hospital expansion project. The chief minister was with him.

Local leaders of the ruling Pakistan Tehreek-i-Insaf and parliamentarians of Muzaffargarh were present with their leadership during their visit to the Recep Tayyip Erdogan hospital, which was gifted by the Turkish government soon after the 2010 floods in Pakistan. The Turkish premier along with his family during a visit to Muzaffargarh had gifted the hospital to provide free treatment of charge treatment facility to the people.

The Punjab government gave the management of the facility to Indus Trustees, while only salaries were disbursed by the provincial government and all instruments and latest machinery was from Turkey. In 2017, the expansion project was founded by former chief minister of Punjab Mian Shahbaz Sharif.

However, sources said, soon after the change of government, the hospital funds were seized by the provincial authorities affecting the salaries of doctors and further hiring. Later, the Punjab government not only released the funds but PM Khan also visited the hospital to inaugurate the expansion project on the request of Indus Trustees, the sources added.

Mr Khan was briefed by deputy commissioner Amjad Shoaib Tareen and administration of the Indus Trustees and hospital officials about the 250-bed block of the hospital.

Soon after their arrival from Layyah, PM Khan along with CM Buzdar also inaugurated the dual-road Muzaffargarh-Multan project on Friday.

The project was founded by the previous government.

Mr Buzdar also announced Chowk Sarwar Shaheed as the fifth tehsil headquarter of district Muzaffargarh, which was promised by the previous government.

Later, the chief minister went to the residence of MPA Mian Alamdar Abbas Qureshi for condolence of his nephew’s death Hassan Qureshi. Officials said Mr Buzdar would have a detailed visit of Muzaffargarh district on Saturday. 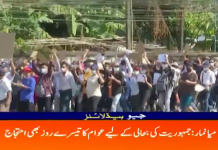 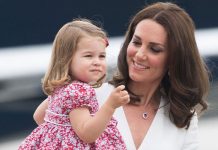