ISLAMABAD: Pakistan has effectively banned almost half a dozen dating applications, including Tinder and Grindr, over what it termed was “immoral” and “indecent” content.

The state-run regulatory body said it decided to ban the apps as their management failed to respond in time to the notices it had sent to remove dating services and moderate the content in line with Pakistani laws.

“In view of negative effects of immoral/indecent content streaming through above applications, PTA issued notices to the management of above mentioned platforms for the purpose of removing dating services & moderate live streaming content in accordance with local laws of Pakistan,” the PTA said on Twitter.

It did add, however, that it may “reconsider blocking” of the five dating apps if their management vowed to follow Pakistani laws.

“PTA can, however, reconsider blocking of the said applications provided management of the companies assures adherence to the local laws with respect to moderating the indecent/immoral content through meaningful engagement,” it added but did not specify what it meant by that engagement.

Reacting to the news, Shahzad Ahmad, the director of digital rights group Bytes For All, slammed the PTA’s “moral policing”.

“If adults choose to be on an app, it is not for the state to dictate whether they should use it or not,” Ahmad told AFP. He described the ban as “a completely ridiculous move” that people would find ways to circumvent.

The regulatory body has been on a banning and blocking spree of late, demanding YouTube remove a variety of content, including “indecent” material and “hate speech” late last month.

It had asked the video-sharing platform “to immediately block vulgar, indecent, immoral, nude and hate speech content for viewing in Pakistan”, saying its decision was based on “the extremely negative effects” of such content as well as “to prevent repugnant discord” that allegedly follows.

It had further demanded the Google-owned service ensure that “objectionable content” was immediately blocked and an “effective content monitoring and moderation mechanism” put in place.

That demand was criticised by rights campaigners who fear creeping censorship and control of Pakistan’s internet and printed media.

Moreover, TikTok, too, had been issued a warning and Bigo blocked by the PTA back in July over complaints of “immoral, obscene and vulgar content” and “extremely negative effects” from the apps. It was asked to moderate content “within legal and moral limits” and in line with Pakistani laws.

TikTok was eventually let off the hook after representatives of the ByteDance-owned app met PTA officials on August 6. The short-form video-sharing app also updated its community guidelines to make them available in Urdu for its fans in Pakistan.

The app had pointed out that Pakistan, as per its latest transparency report, was “one of the top 5 markets with the largest volume of removed videos on TikTok for violating community guidelines or terms of service”.

“This demonstrates TikTok’s commitment to remove any potentially harmful or inappropriate content reported in Pakistan,” it had said.

Prior to that, there was controversy surrounding PlayerUnknown’s Battlegrounds (PUBG), an online battle game that was banned by the PTA for being “addictive” and detrimental to players’ health, as well as reports claiming “cases of suicide attributed” to it.

‘Truncated’ role of police in new scheme of things 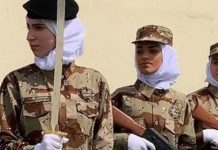