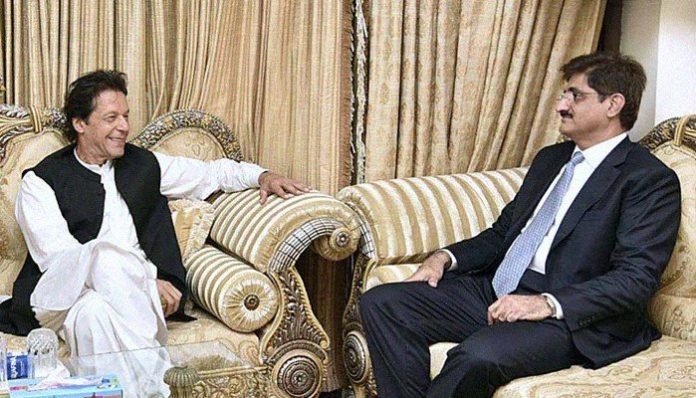 Sheikh, who had spent almost two months in jail on charges of bringing weapons to his constituency during the recently-held by-election and interfering with an encroachment operation, was released on Saturday.

PM Imran Khan, sources say, had called over the PTI leader to Islamabad to discuss political affairs related to Sindh.

Sheikh informed the prime minister about the situation of jails in Sindh. “In Sindh, bureaucracy is also involved in politics,” the PTI leader told PM Imran Khan, as per sources.

“We will cleanse the Sindh Police and bureaucracy of politics,” the prime minister was quoted by sources as saying.

Sheikh was released after bail was granted by the Sindh High Court in two cases. He had been ordered to submit two surety bonds of Rs0.2 million each.

On February 16, the PTI leader was arrested for allegedly bringing weapons to the by-elections in Karachi and for interfering with an operation against encroachments.

The case related to the PS-88 by-elections was registered over his alleged involvement in a brawl that took place between PPP and PTI workers. The case against the Sindh opposition leader was registered at the Memon Goth Police Station in District Malir. Anti-terror and other provisions were included in the first information report (FIR).

The other case related to the disruption he caused in an anti-encroachment drive at a Karachi farmhouse.

Man murders married sister at her house in Karachi