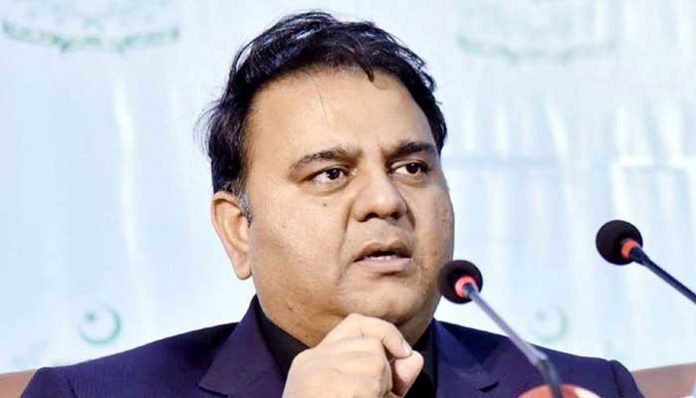 Minister for Science and Technology Fawad Chaudhry on Thursday, in an apparent reference to a proposed amendment to a bill that criminalises criticism of Pakistan’s armed forces, said that he feels that such a move is an “absolutely ridiculous idea”.

Although Chaudhry, in his post on Twitter, does not name the bill, his remarks come a day after the bill was approved by the National Assembly Standing Committee on Interior.

Under the proposed amendment, critics of the Pakistan armed forces will face two years in jail as well as fines worth up to Rs500,000.

Submitted by PTI lawmaker Amjad Ali Khan, the bill was approved by a majority. The chairperson of the standing committee, Raja Khurram Shahzad Nawaz, broke the 5-5 vote tie by voting in favour of the proposed bill.

The minister, in response, wrote: “Absolutely ridiculous idea to criminalise criticism, respect is earned, cannot be imposed on people. I strongly feel instead of [such new] laws, Contempt of Court laws should be repealed.”

The bill, titled Criminal Law Amendment Bill 2020, currently states: “Whoever defames another shall be punished with simple imprisonment for a term which may extend to two years, or with fine, or with both.”

According to the proposed amendment, which will fall under Section 500-A of the Pakistan Penal Code: “Whosoever intentionally ridicules, brings into disrepute or defames the Armed Forces of Pakistan or a member thereof, he shall be guilty of an offence punishable with imprisonment for a term which may extend to two years, or fine which may extend to five hundred thousand rupees, or with both.”