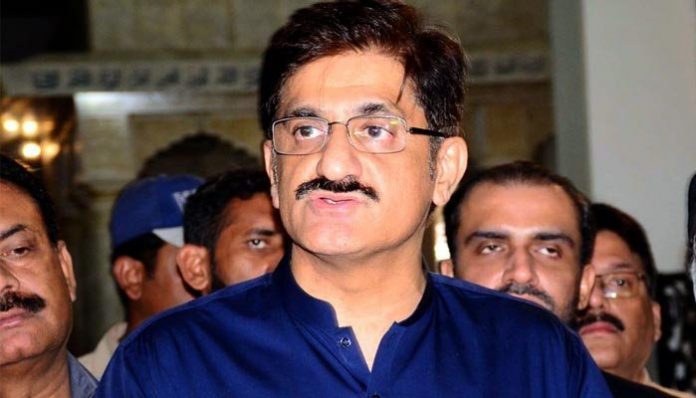 NAWABSHAH: Sindh Chief Minister Murad Ali Shah on Friday once again resorted to criticism and said that the Centre operates on the policy of “not discussing matters with any of the provinces.”

Speaking during an event in Nawabshah, the chief minister said that the country is suffering because of the secluded attitude of the federation.

“The federal government has a policy of not taking provinces on board when making decisions,” CM Shah claimed, adding that the PTI-led regime neither talks to the provincial stakeholders nor the Opposition.

Citing an example, he said that a meeting of the Council of Common Interests (CCI) — a constitutional body that resolves the disputes of power-sharing between the federation and the provinces — should have been held every three months but the government took six months to arrange the last meeting.

Answering a question about the ongoing sugar scam case against PTI leader Jahangir Tareen, Murad Ali Shah said: “We are watching Jahangir Tareen’s anger on TV. It seems like he still has some hope from the PTI, but it will be diminished soon.”

CM Shah has been a known critic of the federal government. Back in March, Shah had criticised the Centre’s Rotation Policy and had instructed the provincial chief secretary to write to the Establishment Division for reviewing its decision regarding transferring and posting of police officers under the policy.

Akin to that, back in January, the CM had entered into a spat with the Federal Minister for Shipping and Maritime Affairs Ali Zaidi during a Karachi coordination committee.

At that time, Zaidi had alleged CM Shah told him several times that he is “not answerable” to him when he tried making suggestions regarding the devolution of some organisations.

CM Shah’s refusal to cooperate had compelled the federal minister to walk out of the meeting, who later said he did not wish to “waste his time.”

Later on, CM Shah reiterated his stance and said that he is not answerable to anyone except for the provincial government.

“As a matter of fact, the chief minister is only answerable to the provincial assembly, not even the prime minister,” CM Shah had said.

LUMS to Host UX Pakistan Design Conference 2019 and the First...