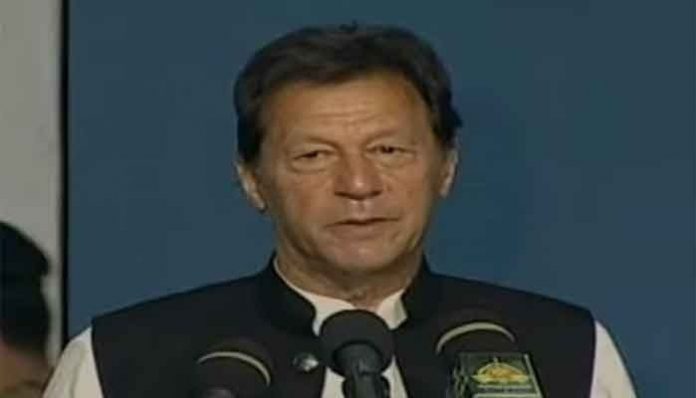 LAHORE: Prime Minister Imran Khan has called upon the country to “transform itself” if it is to meet the challenges of the 21st century.

The prime minister thanked the courts for allowing the government to implement the foreclosure law, saying that because of it, the government could allow people to own houses on mortgage.

He said now, people from the lower income class such as mechanics, welders and others could own their houses by paying installments to banks.

“Because of this [foreclosure law], banks can finance [loans for the people],” he said. “If this law is not there, banks would not finance loans,” he said, adding that compared to the developed countries, Pakistan did not have a system of mortgage housing schemes.

“This means that those who do not have cash in hand, they can never buy their own houses,” he said. Explaining the benefits of the mortgage agreement, he said people had to pay installments instead of rent and in the end, became owners of their own homes.

The prime minister said the status quo did not want Pakistan to change for the better, saying that over the years, the country adopted a system where bribery to get something accomplished became a norm.

He said Pakistan will “have to transform itself” if it needed to meet challenges of the 21st century. He thanked the Lahore Development Authority and acknowledged the Punjab government for backing the authority in ensuring this scheme was launched for the low-income sector.

“The LDA has brought about a lot of improvements in itself,” he said.

PM on relief measures undertaken by his govt

Answering critics who question his government’s intention to establish a state in Pakistan similar to Riyasat-e-Madinah, PM Imran Khan said it will take time but Pakistan was headed in the right direction.

Emphasising on the importance of rule of law, he said Pakistan was faced with a defining moment as the “political mafias” in the country were trying for the restoration of the status quo.

“You go to the developed world, such as the countries of Germany and the UK, there is no one above the law there,” he said. “There is no privileged class there.”

Speaking about other measures taken by the government for the poor, PM Imran Khan said even developed countries in the world were not providing universal health coverage to its citizens but Pakistan aspired to do the same.

The premier said all citizens of Khyber Pakhtunkhwa have health insurance which allows them to get themselves treated for Rs1mn free of charge.

“Punjab, the largest province in the country, has taken up the challenge to provide all of its citizens by the health insurance card by the end of this year” he said.

Earlier, speaking about the LDA Naya Pakistan Apartments, Punjab Chief Minister Usman Buzdar had said that the government is planning to build more than 35,000 apartments in Lahore for the poor.

He lamented that no one in the past had given due attention to the issue. “The government is committed to the welfare of the people and development of the country,” he added.

Why Pakistan needs to deal with air pollution on an emergency...

‘Save our future’: Students across the world march to demand climate...