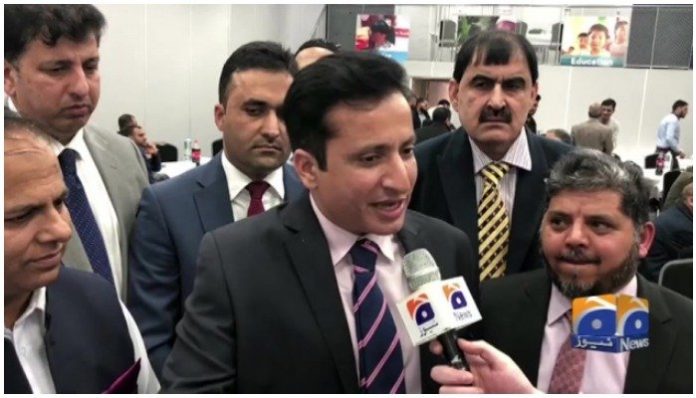 LAHORE: The police has registered a case against PML-N’s MNA Mohsin Shahnawaz Ranjha, along with five other people, for alleged fraud and tampering with the documents in a property case.

According to police, a first information report (FIR) against the accused has been registered at Lahore’s Islampura Police Station.

Details of the FIR shows that aside from Ranjha, Chaudhry Muhammad Ali, Bashir Khan, Muhammad Arshad, Nabeel Khan, and Shahbaz Mahmood have also been booked in the case.

The accused had allegedly created a fake attorney letter on behalf of a woman living abroad to buy a one-acre plot from the complainant.

A total sum of Rs11 million was paid to the accused in exchange for the plot, the FIR stated.

Responding to the development, Mohsin Shahnawaz Ranjha — who previously served as the minister for parliamentary affairs in Abbasi’s cabinet from October 2017 to May 2018 — said that a “false and baseless” case has been registered against him, adding that he has nothing to do with the property in question.

“Nobody ever contacted me from the respective police station regarding the case. In fact, I learned about this case through the media,” Ranja said.

He went on to say that he will use his constitutional right to fight the “false case registered against him.”

Afghanistan says it will not release 600 ‘too dangerous’ Taliban

Broadsheet commission’s report says all govt institutions except NAB did not...