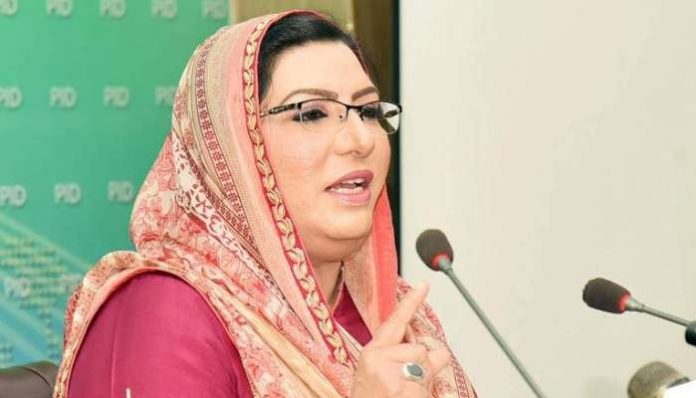 LAHORE: Special Assistant to the Chief Minister of Punjab Dr Firdous Ashiq Awan on Saturday said the PTI was not in competition with any particular political party in NA-75 (Daska) but it was fighting against the prevalent mindset of hereditary politics.

Addressing a press briefing in Lahore, Dr Awan said voters have a right to elect the candidates of their choice, therefore, the PTI-led government made sure a level-playing field must be provided to all parties in the Daska by-polls held today.

“The PTI government separated itself from the elections and followed all the guidance and standard operating procedures issued by the Election Commission of Pakistan,” she said.

Speaking about the by-elections in NA-75, Dr Awan said the PML-N has a mindset which does not allow it to accept its defeat because members and supporters have not been groomed in that fashion.

“They [PML-N members and supporters] do not know how to accept their defeat and mourn their loss. They have only been groomed to win and celebrate,” she said.

Dr Awan added that sportsman spirit is completely missing from PML-N, which is why when PTI’s Ali Asjad Malhi “won” the by-polls from Daska in February, they could not accept their defeat and approached the ECP and the Supreme Court to request reelection.

“I would like to reiterate that the PTI does not have a competition with any particular political party in Daska. PTI’s fight is against the land-grabbing mafia, drug dealers, and the prevalent criminal mindset which fosters under the umbrella of hereditary politics,” Dr Firdous said.

She went on to say the PTI’s aim is to abolish politics of force which is either carried out by holding people at gunpoint or by giving them a bribe.

“This [sort of] politics which steals people’s mandate must end,” she said.

According to the notice, Baryar visited the constituency on April 9 — a day before the by-polls — and announced a development package of Rs5 billion, which is a violation of ECP’s code of conduct.

District Monitoring Officer Sialkot has also issued a show-cause notice to Dr Firdous Ashiq Awan who, according to the notice, announced a  development package for the constituency in a press conference to violate ECP’s code of conduct.

The Election Commission has directed Chaudhry Saleem Baryar and Firdous Ashiq Awan to file their responses within two days.