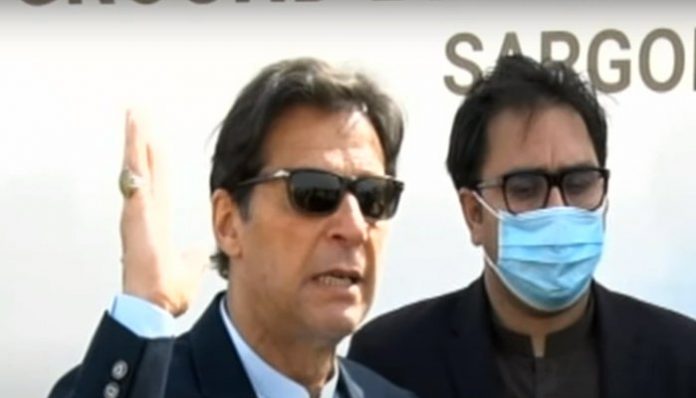 Prime Minister Imran Khan said Wednesday that sugar mill owners have benefitted from the surge in sugar prices in the country — forcing out money from a common man’s pocket by increasing the rates.

Responding to a question on Jahangir Tareen’s hearings while addressing media persons in Sargodha, the PM said: “I am ready to listen to everyone’s reservations, but there is one thing they should understand. Sugar prices increased by Rs26 in a year or so.”

An increase of Rs26 per kg in sugar prices translates into Rs120-130 billion, and this huge sum of money went from the citizens’ pockets to the sugar mills, PM Imran Khan said.

“It is obvious: the government has to work in the best interests of the people and we’ve asked the FIA (Federal Investigation Agency) to probe the matter. During the investigation, several horrific things were revealed to us.”

Government to uphold the law

The premier said he was ready to speak to those who had reservations against the proceedings, but stressed that the government would uphold the law — the same law that is applicable to everyone.

PM Imran Khan said the “elite and the powerful are the actual menaces behind the country’s downfall.”

“If you combine the amount of corruption done by all poor people in jails, it will amount to a maximum of Rs2-3 billion.”

The premier, speaking on PML-N president Shahbaz Sharif’s bail, said if they are unable to convict people against whom evidence was available, the country could not prosper.

The prime minister said banks were reluctant to grant loans to people due to the laws in the country; however, after his government introduced the foreclosure law, banks have started providing loans for house building.

“We are training the banks on how to treat people when they approach them for their service,” the prime minister said.

The premier added that through the state’s low-cost housing scheme, people will now have to pay less amount of money in instalments for their houses.

“We have also set a ceiling for the interest rates at which banks provide loans — easing the process for the masses.”

A few days earlier, estranged PTI leader Tareen had said that his loyalty to PM Imran Khan was being tested, but he is not parting ways with the PTI.

Tareen was speaking to the media after he arrived at the banking court to attend his bail hearing. “Not one, not two, but three FIRs have been registered against me,” he said.

“Out of the 80 sugar mill owners, all they could see was Jahangir Tareen,” he said, questioning why he was being subjected to “revenge”.

The PTI leader said his “loyalty is being tested”. He added that an inquiry against him, relating to the sugar crisis, has been going on for the last year.

He lamented that his accounts as well as those belonging to his son, Ali Tareen, had been frozen. “Why have my accounts been frozen? Who is doing this? Who benefits from this?” he had questioned.

Tareen said he was “asking for justice from Pakistan Tehreek-e-Insaf”, adding that he was a friend, but is being “pushed towards enmity”.