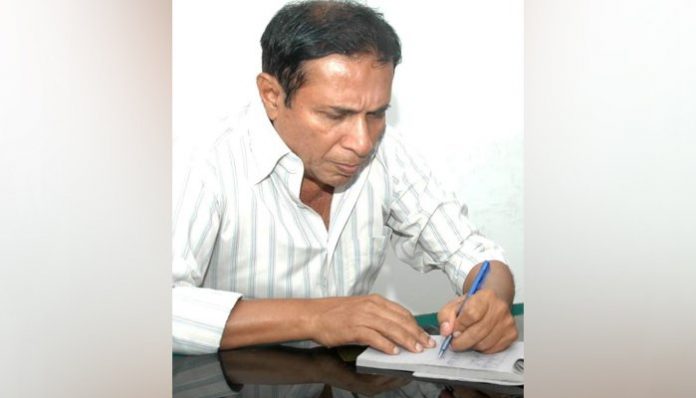 KARACHI: Senior journalist and The News staffer Fasahat Mohiuddin passed away on Friday after a brief illness in Karachi at the age of 65, his family said.

The journalist had suffered a massive stroke last week and was taken to the Aga Khan University Hospital, where he had remained under treatment for three days before being discharged, his family said.

The family added that he had been bedridden at home where he died on Friday evening.

Mohiuddin had started his career at the Pakistan Press International news agency in 1983 where he worked as a reporter and later joined The News International, Karachi.

As a reporter, he was known for his grip over local government issues, and the Karachi Metropolitan Corporation. He also covered politics and local courts, besides working on other beats during his long career.

He is survived by a widow, a daughter, and an ailing mother.

Senior journalists and his colleagues, including Zarar Khan, Zebe Azkar Hussain, Asad Ibne Hasan, Editor The News Talat Aslam, and others have expressed their sorrow and grief over his sad demise and prayed that Almighty Allah grant him eternal peace and fortitude to his family to bear this irreparable loss.

President Karachi Press Club Fazil Jamili and Secretary Rizwan Bhatti also expressed their sorrow and grief over the death of the senior journalist and prayed for his forgiveness.

Meanwhile, Sindh government spokesperson Murtaza Wahab also expressed grief on the sad demise of the senior journalist and prayed for his forgiveness.

“Fasahat Mohiuddin’s journalistic services will always be remembered,” he said.

Fasahat’s funeral prayers will be offered after the Zuhr prayer at Bilal Masjid near Gol Market Nazimabad on April 17 (Saturday). Mohiuddin will be buried in Paposh Nagar graveyard.