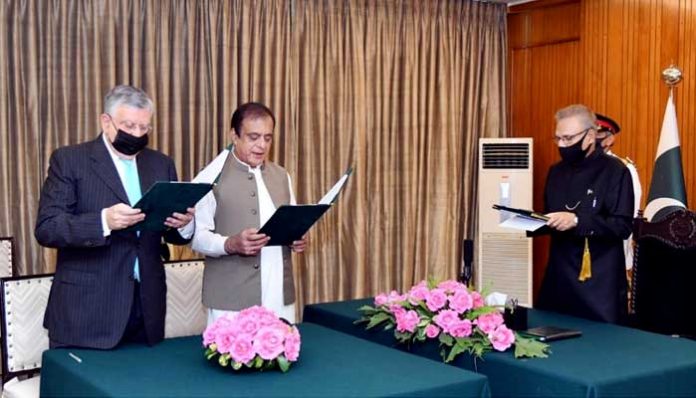 After the latest shake up in the federal cabinet announced by the government a day earlier, Shibli Faraz and Shaukat Tarin were sworn in as federal ministers by President Arif Alvi in a small ceremony at the Aiwan-e-Sadr in Islamabad on Saturday.

Shibli Faraz will take up the mantle of Minister for Science and Technology, whereas Shaukat Tarin will henceforth be Minister for Finance.

Changes in Ministry of Finance

Tarin has replaced federal minister Hammad Azhar to become the fourth person to be handed the portfolio of Minister for Finance. Azhar was removed from the position less than a month after his appointment.

Prior to Azhar, Asad Umar and Abdul Hafeez Shaikh were appointed as finance ministers.

Changes in Ministry of Science and Technology

Faraz has replaced federal minister Fawad Chaudhry as Minister for Science and Technology, after Chaudhry was re-appointed as the Minister for Information and Broadcasting.

Before Chaudhry, Azam Khan Swati held the portfolio but resigned to “uphold his moral responsibility” amid a probe into charges of misuse of authority, misconduct and encroachment against him.