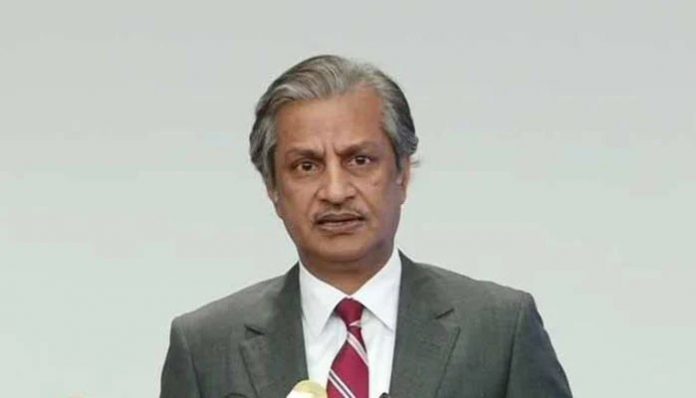 According to police, Alam was shot in the stomach but is in a stable condition.

The journalist was taking a walk in a park situated in the capital’s F-11 area when an unidentified man came and shot him, police said.

Later, a video of the wounded journalist travelling in a car surfaced on social media.

He can be heard saying he was walking outside his home when he was “shot by someone”.

“My message to those who shot me: I will not be intimidated,” Alam adds.

Minister for Interior Sheikh Rasheed, taking notice of the incident, has ordered the Inspector General of Islamabad to launch an inquiry and immediately arrest the people involved.

In his statement to the police, the senior journalist said the man who shot him was likely 27 or 28 years old.

Alam said he was walking in a park near his house where the young man was also present. “The man was carrying a pistol and shot at me,” he said.

The senior journalist said the suspect shot him on the right side of his stomach after which his friends took him to a hospital.

Minister for Information and Broadcasting Fawad Chaudhry condemned the incident and said the government had directed the police to probe the matter.

The minister said as soon as further details of the incident are available, he would share them with the media.

PML-N Vice-President Maryam Nawaz, also condemning the incident, said silencing the voice of dissent is a cancer that has “plagued this country for many years”.

“Absar Alam sahab is the latest victim of this cruel and barbaric crime. May Allah SWT heal his wounds and the wounds of this country,” she added.

PPP Chairman Bilawal Bhutto-Zardari deplored the incident and demanded that the people involved in the incident be arrested.

“An inquiry should be launched into the incident,” Bilawal said as he prayed for the early recovery of the journalist.

Jamaat-e-Islami chief Siraj-ul-Haq said he was saddened to hear of the incident and strongly condemns it. He said it is worrying to see such a state of affairs in the capital.

Other notable figures, such as PPP’s Farhatullah Babar, also condemned the incident in strong terms.

The Human Rights Commission of Pakistan also strongly condemned the “assassination attempt” on the senior journalist.

“HRCP sees such cowardly acts of violence against journalists as an assault on an already muzzled media,” it added.

The spokesperson for the Pakistan Federal Union of Journalists (PFUJ) condemned the attack on Alam and demanded the culprits be immediately arrested and punished.

The journalists of Pakistan Press Club in Brussels and the Journalists Forum in Jeddah also condemned the alleged assassination attempt on Alam.

“Journalists cannot be silenced through such tactics,” the journalists in Brussels said.

Britain hails new start as it says farewell to EU after...